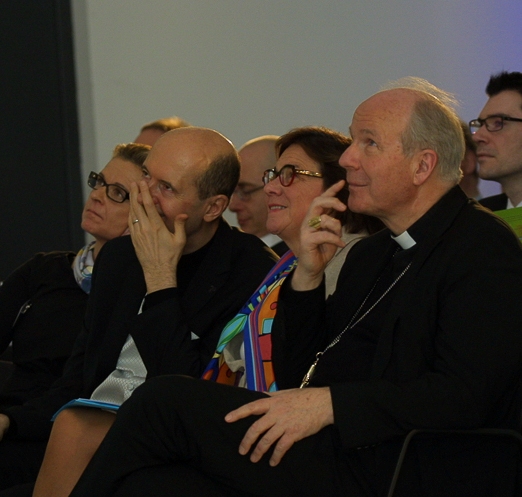 Péter Csermely (1958) is an odd-one-out: as a chemist he became a professor in the medical environment of the Semmelweis University. He leads a research group of more than a hundred members (LINK-Group) in which biologists, physicists, computer scientists, secondary school students (and a lot of others…) work together. He examines the adaptation, learning and decision-making mechanisms of complex systems and their network representations. According to his colleagues he is slightly graphomaniac. He published 14 books and more than 300 scientific articles. His Google Scholar citations are more than 18,000. He is a member of the Hungarian Academy of Sciences and the Academia Europaea. He is not only a network scientist but became committed to the development of social networks as a life-time mission. He launched the Hungarian Research Student movement in 1995, an initiative which provided research possibilities to more than 10,000 talented high school students in Hungary and abroad. Several families of former research students have been formed in the past two decades. He was the founding president of the Hungarian Talent Support Council between 2006 and 2016. Between 2012 and 2020 he was the president of the European Council for High Ability. He initiated a talent support network spanning 50 countries in many continents with the help of Csilla Fuszek and a lot of other colleagues. The Parkinson’s Law on scientific research (researchers who are better than the average are swamped with functions by the colleagues to curtail their time for further research) has had only a little impact on him, being very lucky and effective declining formal functions. From 2008 until 2010 he was a member of the Wise Persons’ Council of the President of Hungary. He resigned most of his functions a long time ago in order to spare time for spiritual depth and service. He received a substantial number of awards, among which he is the most happy about those that are not on this list: his students and the precious life-experience that he received from his friends over the years.

Since the spring of 2018 he became a member of the Congregation Council of the Budapest Angyalföld Lutheran church, in February 2020 he was elected as the President of the Council. He completed several Saint Ignatian spiritual exercises including one for 32-weeks in 2017 and another for 30-days in 2018. He also enjoyed the spiritual exercises of the nuns of the Sacred Heart of Jesus, the nuns of Discalced Carmelites and István Jelenits SchP. He made pilgrimages to the birthplace and tomb of Saint Theresa of Ávila, Apostle James at Santiago de Compostela, Manresa and the Holy Land. In 2018 he completed the pastoral care course of Katalin Hélisz. In 2017 he devoted his life to the service of Jesus Christ, in 2018 he made a vow of purity. From 2019 he learns theology and priesthood at the Lutheran University of Theology in Budapest, from 2020 as a master student. In 2019 he completed the ancient Hebrew and ancient Greek courses of the university. In 2020 he completed his theological bachelor studies. For his outstanding scholarly record he received the prize of the Jenő Sólyom Foundation of the university in 2020.

His foster son, István Csermely is a teacher of children in a state orphanage with an enormous sense of justice, responsibility and devotion. Vilma, his dog is a cute miniature dachshund, who is "blessed" with a surprisingly large stubbornness and voracious appetite compared to her small size.

The team of the blog

In this century most work is a teamwork. I also have a great team helping the blog. The homepage was designed, built and is maintained by Peter Nemeth. I owe him a great thanks for his work. I am thinking in half of my life in English and in the other half in Hungarian. However, I very much dislike translation between the two languages. Since Hungarian is my mother tongue, the blog posts are written first in this language. Initial blog posts are translated to English by Anikó Szécsi. (Great thanks Anikó!) I am re-phrasing the English text, during which I often re-write the Hungarian "original post", too. Some photos were re-colored by Balázs Baksa to fit to others. Many thanks for this, too!

Readers of the blog are highly valuable parts of the blog team. Please, register here to the blog, and share your opinion with the others! In case you spotted a grammatical or other error in the blog, please write an email to csermelyblog@gmail.com. If you are a Facebook member, please join the Facebook group of the blog. If you are on LinkedIn be part of the blog's LinkedIn group. Both groups make a great contribution to the formation of a deeply thinking community of people.