Skip to main content
Advent thoughts about the perpetuity of God

1. How many ways are we swamped by noise? We are bothered by the world’s noise because it does not let our own noise be heard. Our own shouting clamor separates us from Totality whose message becomes audible only in Silence. There are many forms of silence, which we force to ourselves: the activity-silence; the silence, which is an end in itself; silence, which becomes an own reality… (If you would like to read more about this, please read my essay here.) 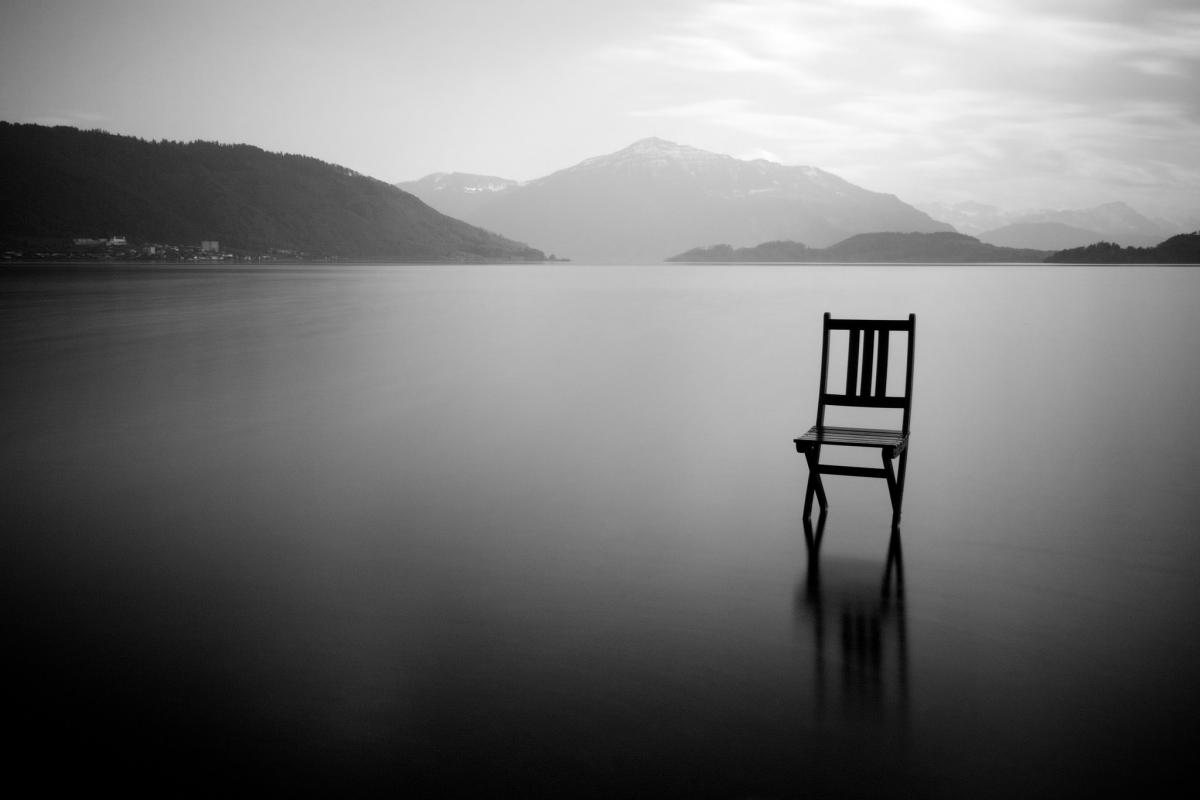 2. The essence of Totality is Silence. Thoughts about the perpetuity of God. In my essays there is a large difference between silence and Silence. Lowercase silence is determined by us and filled by us. Uppercase Silence is God’s form of existence which He presents us if we ask for and accept Him humbly. The Silence of God is the symbol of God’s perpetuity and God’s simple purity above all existing complexities that can be experienced by us. (If you would like to read more about this, please read my essay here.) 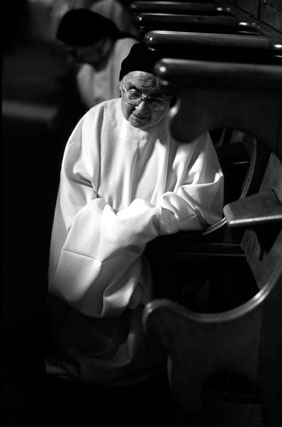 Introduction. This essay is published for the first Sunday of Advent. The beginning of the church calendar is the season of becoming silent and listening to our soul. It is important to give ourselves a chance for that Jesus is born also within us, not only besides us. Let’s think it over how much noise we have in our lives. Let’s choose one of the noises. Let’s do something about not to have it! This “impoverishment” is the most important enrichment in life. Let me encourage the Readers to have a look at the first post of this blog that was written for Christmas, 2017. I hope that the current essay will inspire you to go to the depths of inner experience at this year’s Advent.

1. How many ways are we swamped by noise?

We have many complaints about the noise of the accelerated world that buries us. It is worth making a self-analysis when complaining about this. Most of us are not bothered by the noise because we would like to have silence instead. We are bothered by the world’s noise because it does not let our own noise be heard... Let’s notice that we ourselves are the largest noise for ourselves. Our own shouting clamor separates us from Totality whose message becomes audible only in Silence. God does not shout. God exists in silence. He presents Himself to us in Silence and – very rarely – his voice sounds in silence, too (which is simple and brief: showing Himself, enlightening everything and filling everything). 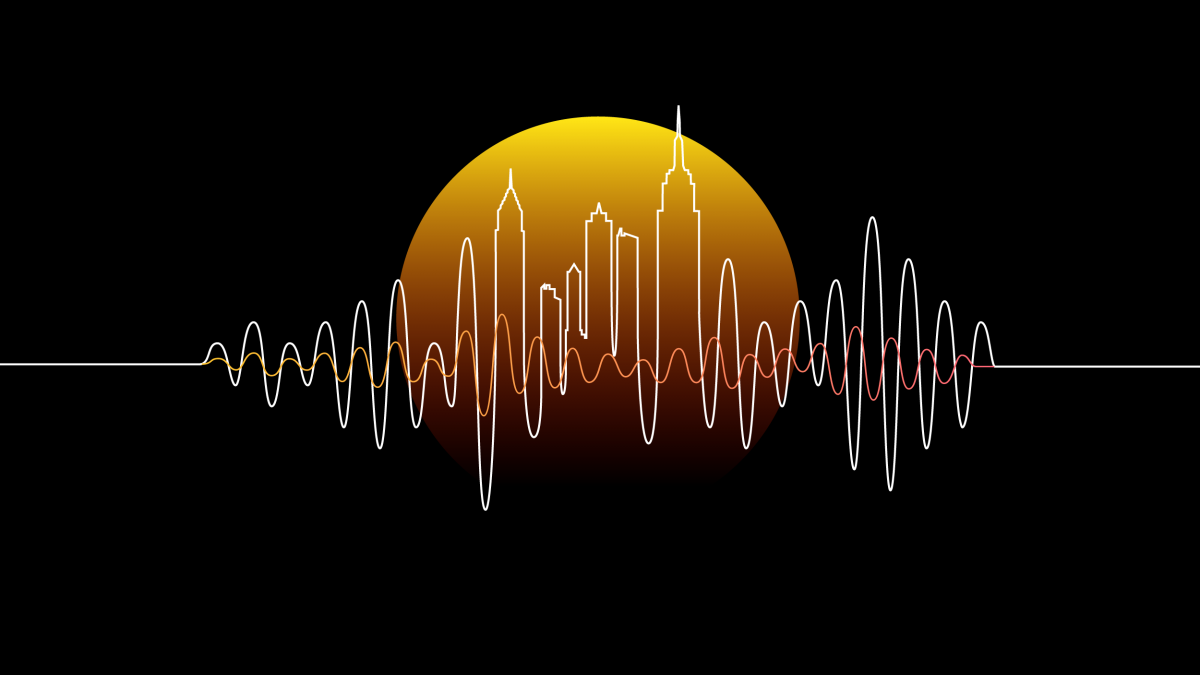 Very often we try to remain silent intentionally. There are a lot of faces of this forced, fake silence. Let me quote a few forms of false silence from the beautiful book titled "The Wound of Love” written by a Carthusian monk: "The first temptation is to make of silence an activity. … In fact, even if it has a value, this silence is the result of a tension on the part of the will which is the most subtle, but equally the most pernicious, of activities. ... Another temptation is to make silence an end in itself. One imagines that the goal of prayer of the heart, and even of all contemplative life, is silence. … My inner state is what matters and not the relationship of loving receptivity which I have with God. I am no longer even praying; I am merely contemplating myself! ... A similar temptation consists in making silence a reality in itself. Silence is everything! Once all the „noise” of the senses, the mind and the imagination has been stilled, a genuine feeling of joy arises, and that is enough for us. We seek nothing more. We refuse to look for anything else. Any thought which might enter our minds even if it related to the Lord or came directly from him, would seem to us an obstacle. At such a time, the only divine reality is silence. There is no more prayer. There is nothing left but the casting of an idol called Silence... God alone suffices; everything else is nothing. Genuine silence is the manifestation of this basic reality of all prayers. Silence truly exists in the heart once all the impurities which were opposed to the reign of the Father have disappeared. True silence is only found in a pure heart, a heart that resembles the heart of God. This is why a really pure heart is able to maintain complete silence, even when it is immersed in all sorts of activity, because there is no longer any discord between it and God.”

2. The essence of Totality is Silence. Thoughts about the perpetuity of God

In my essays there is a large difference between silence and Silence. In Japanese language there are two words for red pencil because it makes a difference whether the pencil’s outside covering color is red (condimentum: silence) or the pencil is drawing a red line (substantia: Silence). Lowercase silence is determined by us and filled by us. Uppercase Silence is God’s form of existence which He presents us if we ask for and accept Him humbly. Silence is the enormously large space of God in which human voice faints. God’s voice can sound in us only in this Silence cleansed of us in humility. The Silence of God is the symbol of God’s perpetuity and God’s simple purity above all existing complexities that can be experienced by us. A Carthusian writes about this as follows: „Man is a complex creature, but it would be a shame if he let his complexity interfere his relationship with God. God himself is, after all, also simplicity The more innocent and simple we are, the more is our gaze directed upon him and so much the nearer we come to him; while on the contrary, the more complicated we are, the more we distance ourselves from him” Silence is the form of expression of simplicity manifested in humility, purity and poorness.

We often imagine God as a kind, old uncle who acts like us – in a little better edition... Many people think that God does not abandon the man following His Path because it is the reward of our good deeds. Others think that God’s faithfulness is a result of a deal. We praise Him and that is why He does not forsake us in return. Other people consider that God’s faithfulness is a result of such a commitment which was made when we were baptized. God has signed a bond and He does not want to break his promise because He has got character. (It is worth considering that God had made a commitment for us much earlier than that: „Before I formed you in the womb I knew you” Jeremiah 1:5, this word is far from referring only to Jeremiah...) Others think that God does not abandon us because He does not do such a bad thing. For God though, goodness is not a merit but a status. God does not betray the man following His Path because "He is the Lord and He changes not". (If God wanted to lead the man following His Path off His Path, then God would act against God that God does not do, because then the foundation of the world will collapse.) This is because God remains self-identical with God forever. (As Silence is self-identical with Silence forever.) So it follows from God’s existence directly and irrevocably that God does not abandon the man following His Path just like the life-giving power of His tender Holy Spirit follows from God’s creative power, and like the incarnation, crucifixion and resurrection of His Only Begotten Son, Jesus Christ follows, and like Eternal Life follows. Amen.

3. The depths of Silence born in us

“Be still and see that I am God” (Psalms 46:11)
„Prayer is the breath of our hidden self with Christ in God.
It is the silence of the mystery we are."
(after Carthusian monks)
Having had the taste of solitude and the taste of Perfect Peace of Nibbana,
one who drinks in the joy of the essence of the Dhamma is free from fear and evil. (Dhammapada, 205)

The reserved sanctuary of our Soul is God’s home. There is Silence in this sanctuary. The only possible way to enter the Silence inside ourselves is in humility, total purity and poorness. For going so deep inside ourselves and finding the Father’s Totality there, we have to deprive ourselves of ourselves entirely. We are able to find ourselves only in this perfect Silence.

„In this reserved sanctuary -- a new heaven and Kingdom of God -- solitude and silence must reign. God is alone with Himself. The divine Persons do not affect this solitude, they constitute it. The Love Who is their animating force encloses them against all that is not Himself. The City of God is immense, but enclosed. God alone occupies it, and He is All in all. The soul that prays must reproduce this solitude: it must be filled by it to the exclusion of all else. The very colloquy which follows is a kind of silence.” (Augustine Guillerand: The Prayer of the Presence of God) 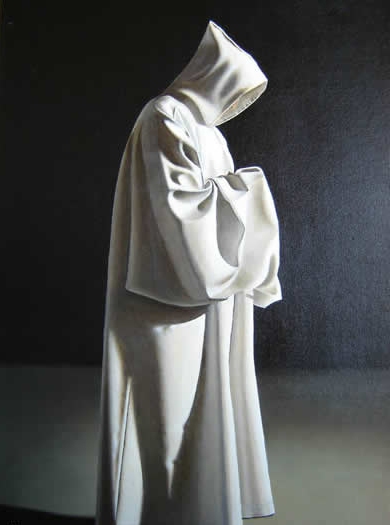 A lot of things help us reach the Silence of God. Contemplating prayer (or any forms of prayer, too) help us discover Silence. The silent care of Virgin Mary is an unspeakably large helping power. The Body of Christ, the Eucharist, takes us into the middle of Silence’s Totality. Advent is an especially suitable time for increasing silence in ourselves until we become able to feel the wonderful touch of Silence.

I wish all my Readers
an Advent full of Silence that purifies our souls!